Cookies and Cream. Thunder and Lightening. Copy and Paste.

(Above: A visual representation of how much extra Torque the Unichip Module can provide... |  Adapted from Autocar & Auto Express)

For those who're attuned to the Land Cruiser cult following, you might be aware of the blossoming relationship between Unichip Europe and Land Cruiser 100 Series Tuning. You'll also be aware that as a Land Cruiser 100 Series owner looking for more power (Dubbed the "Amazon" in the U.K), you'll know that remapping your vehicle is nigh impossible, and any decent chip tuning / tuning boxes for the 100 Series that truly get the most out of that monster 4.2L 1HD-FTE are few & far in between.

Unichip Europe have been tuning these vehicles for quite a while now. And to be honest with you, we've got quite good at it. Their words, not ours.

Unichip Tuning | What are my Options? 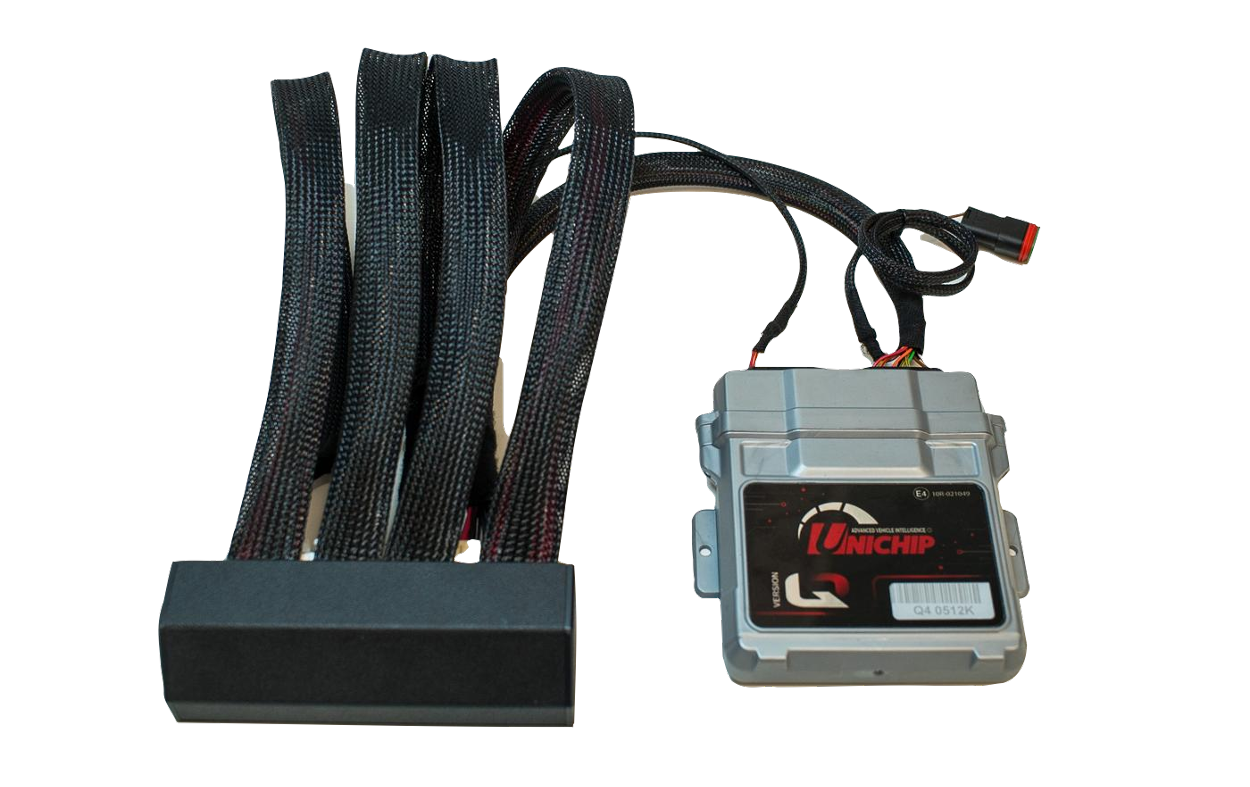 Okay, relax. Here's a video we made a few years ago demonstrating our Land Cruiser Plug and Play Kit in action. 3 seconds off your 0 - 60 MPH time!

Using the latest Unichip X Module, we're able to programme, tune and configure 5 maps for your Land Cruiser - all available to switch in real time via the use of a Unichip Map Switch. 5 maps are better than 1 - especially when they've got genuine real world application. They are as follows:

(Above: Unichip Europe's Performance Map, taken from our in - house 'DynoDynamics' Rolling Road)

Unichip Europe tune and assemble upgrade kits for 2 versions of the 4.2L 1HD-FTE 100 Series; Pre 2002 models & 2002 - 2007 models. Although each use the same engine model, they both use different turbos, affecting your tune & preventing us from creating a "one size fits all" device.

Why Choose Unichip for your Land Cruiser?

Land Cruiser ECU remapping is notoriously difficult - and even more difficult to do it correctly.

Unichip Europe pride themselves on assembling, tuning and delivering the most versatile and powerful diesel tuning boxes for the Land Cruiser "Amazon" 100 Series on the market. If you've done your research (which we're sure you have), you'll have noticed the majority of competitor multi - map tuning boxes for the Land Cruiser series will only offer maps that slightly increase power output, which, if we're being honest, are pretty useless.

This is where Unichip Europe step in. Each of our maps have been meticulously crafted to deliver a completely different driving experience. They're not only different from each other - they each have a real world benefit designed to increase vehicle security, drastically improve fuel economy, increase towing / off-road capability and deliver an unparalleled performance map.

Our self fit Land Cruiser tuning kits are designed to be as simplistic as possible to install. We've done all of the wiring and hard work for you - all you need to do is follow our manual, plug in the Unichip connections and you're away!

So, if you're considering improving the drivability of your Land Cruiser through engine tuning, you needn't look further.

We're proud of what we create. Revolutionise your Land Cruiser today!