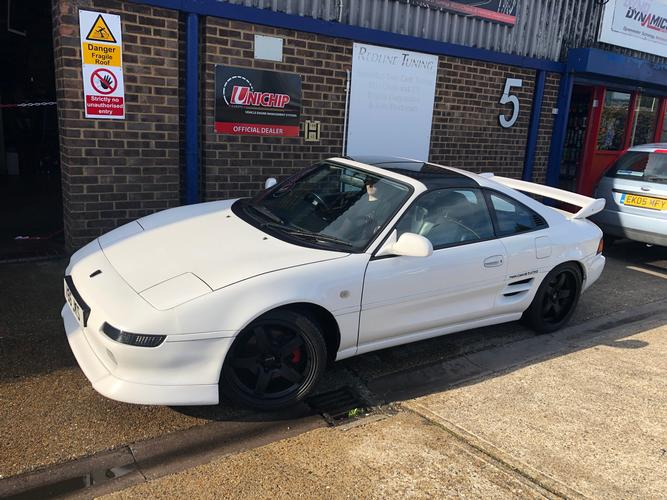 The Iconic Toyota MR2 Turbo,  the 2 generation was released at the very end of the 80’s, powered by the legendary 3S-GTE these compact lightweight mid engine rear wheel drive cars were great when they were released and so is this one now. 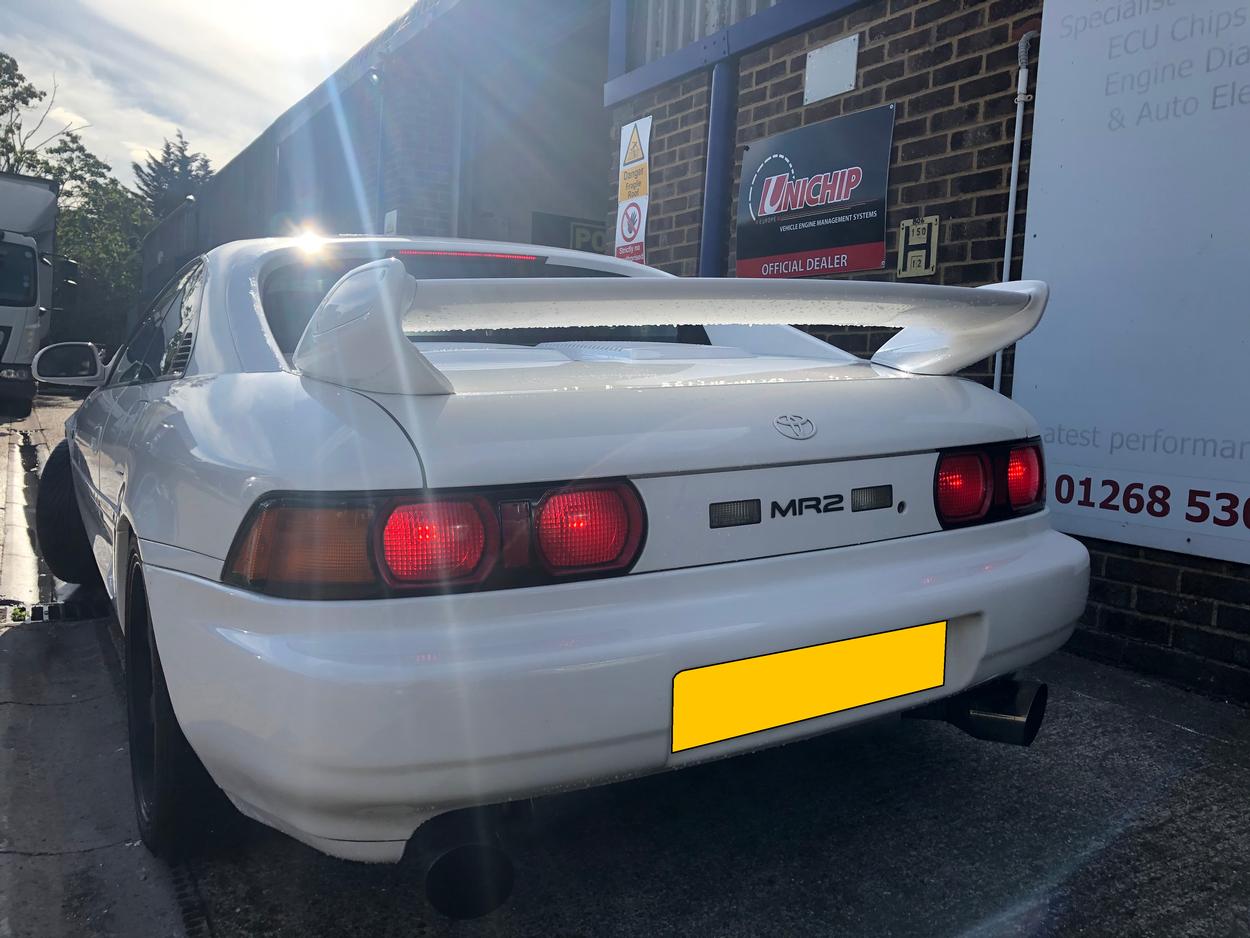 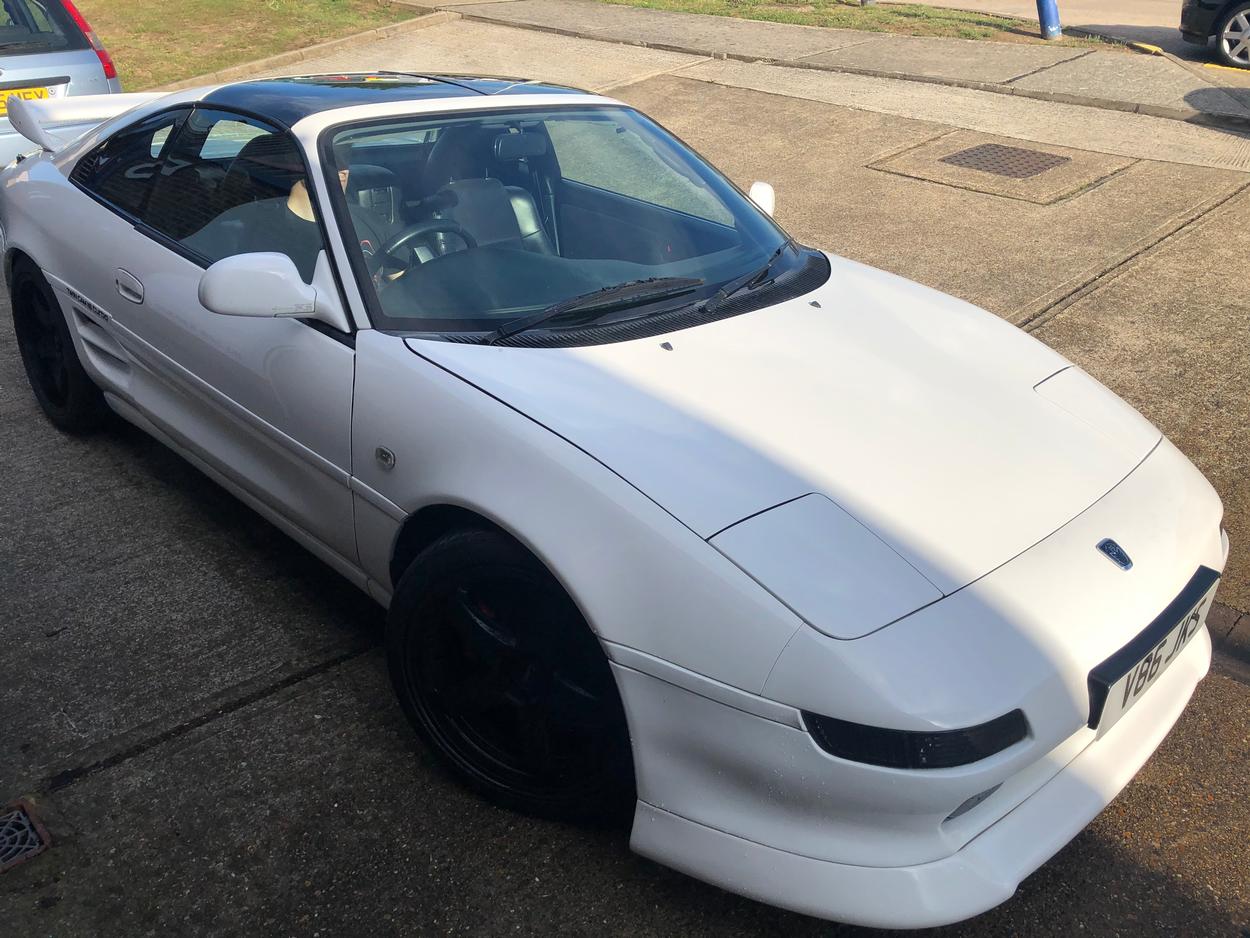 The customer had recently purchased the car, visually from what we could see the vehicle for fairly stock however the aftermarket exhaust system and uprated intercooler kit meant that the car should be able to produce a bit more power, the car also had fitted an old boost controller. 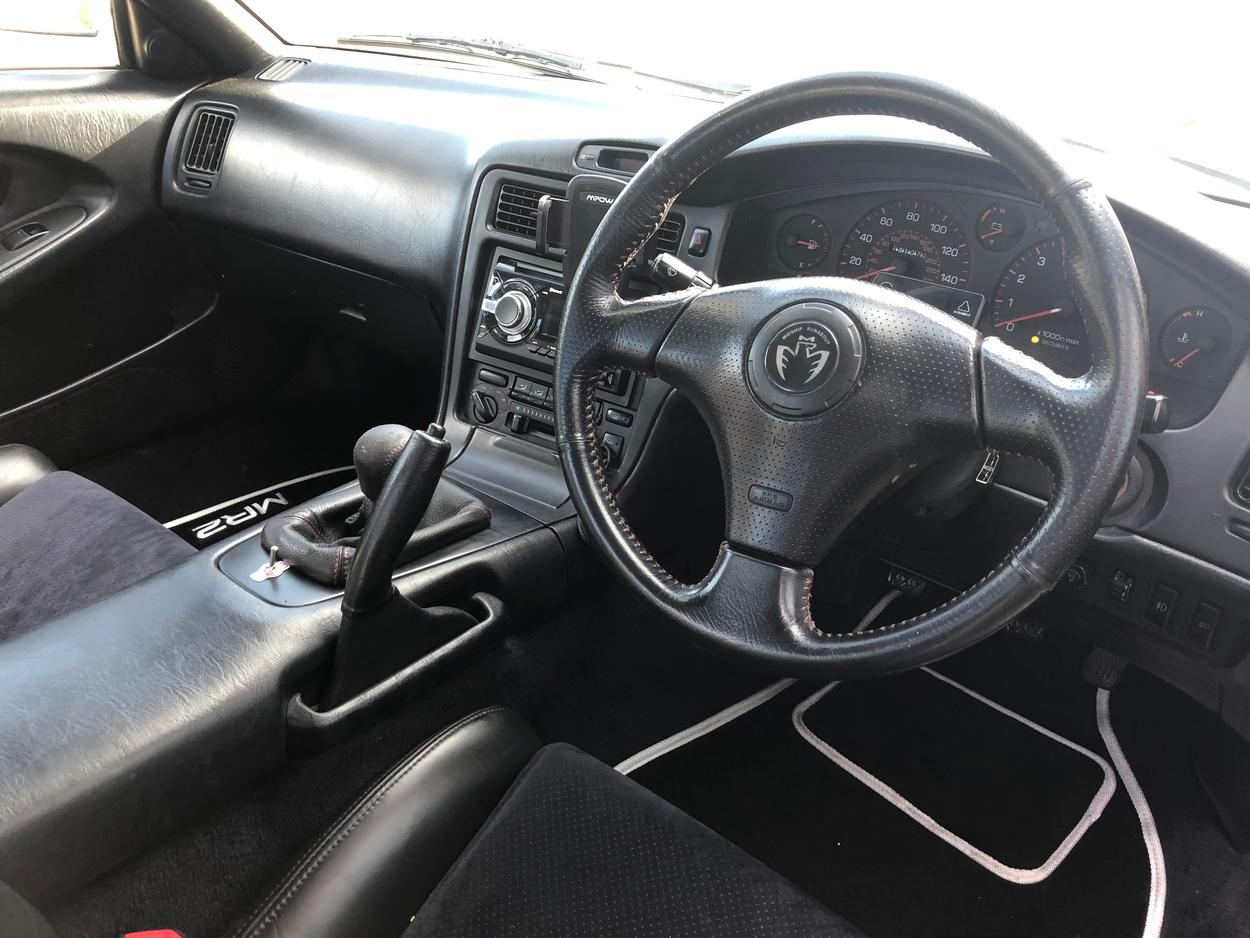 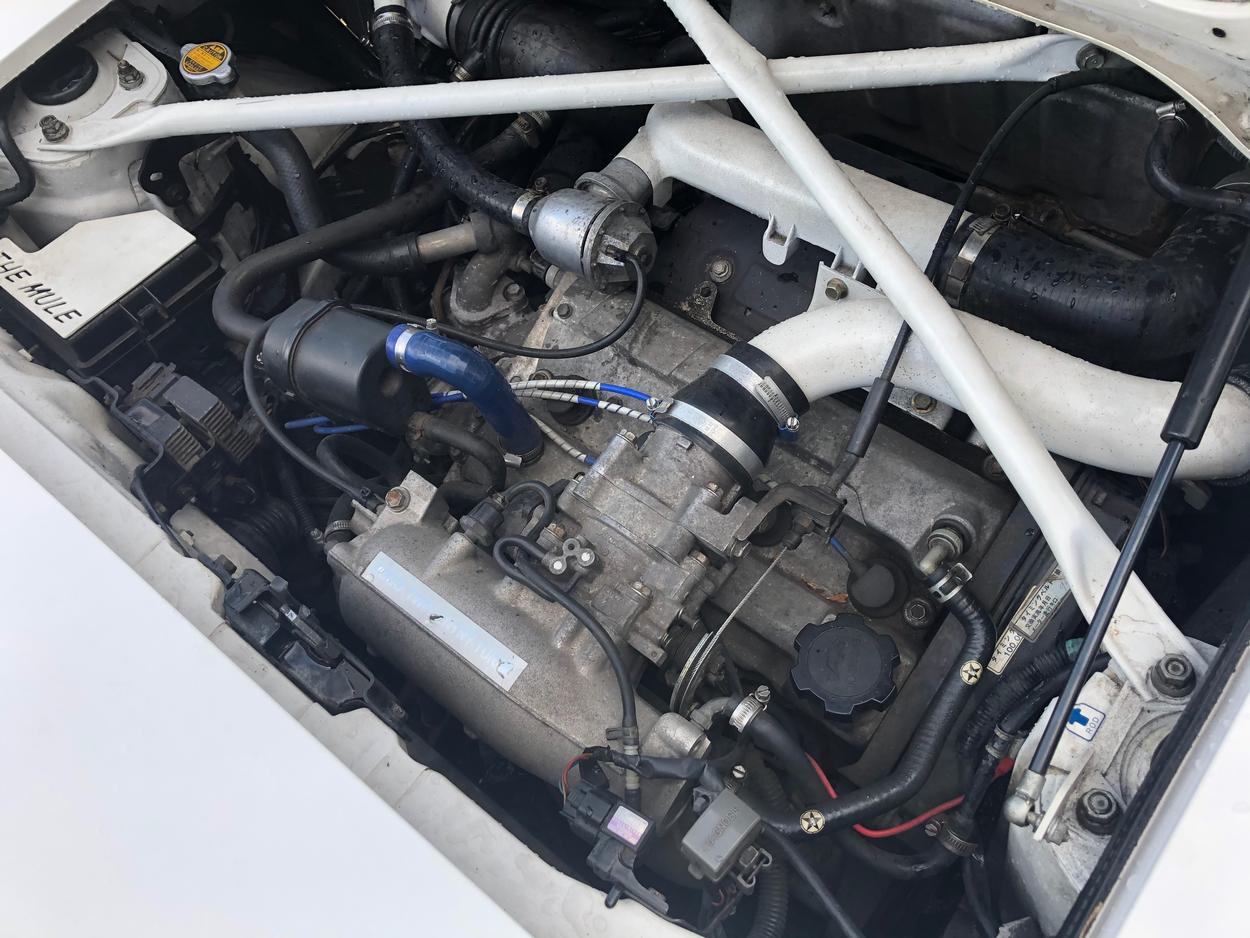 Firstly we got the car onto the rolling road and did some power runs to see how the car was performing, the car was producing more than standard due to the upgrades however the boost controller was not functioning properly, as with most Japanese vehicles of this age the stock ECU is not tuneable meaning that tuning the vehicle can often be a costly process involving costly standalone ECU’s, however after discussing with the customer we agreed that the best option would be to go with a Unichip Q+ installation, this would allow us to properly tune the vehicle for the modifications in place getting the most power and torque from the engine safely, rather than just turning the boost up on a new boost controller, the vehicle was calibrated with closed loop boost control and we fitted a hi/low boost switch allowing in car boost adjustment. 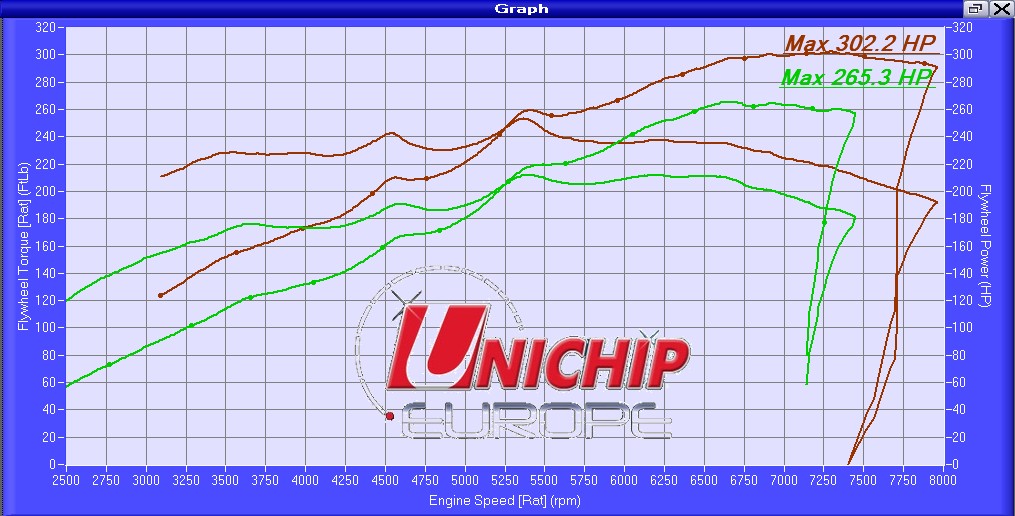 With the Unichip fitted it allowed us to turn up the power and now over 300 bhp and 250 ft lb of torque is now accessible at the flick of a switch, making this car not only look fast it goes fast as well.