A quick run through on the integrated technology behind Unichip's economy map, debunking common myths associated with remapping & fuel economy & how the Unichip can genuinely increase your fuel efficiency, no matter how hard you put your foot down. 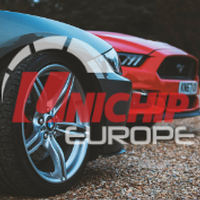 For anybody new to the ECU remapping scene, it doesn't take long to be completely bamboozled by the trove of competing companies having the typical 'who can shout the loudest' competition.

And to be fair, they'll often catch out the more weathered tuners amongst us. Everybody talks a good game, and seemingly, everyone has the numbers to back it. If you've got £500 to burn, it might be worth a punt.

I'll leave my personal bank details at the bottom of this post for anybody else who feels like wasting money.

We'll keep this short, because you probably know this already. Essentially, remapping a car changes the original manufacturers default software settings on your vehicle's ECU, to then replace it with customisable software, tailored to the end-user's needs. As a result of this, a vehicle typically gains immediate power & the engine becomes more responsive - and is usually completed in less than the time you took for your lunch break today.

An increase in fuel economy can then be seen by re-characterising the torque limits on an engine; you've got more engine response at lower RPM and therefore, you've improved the economy of your vehicle.

This is all well and good, but you probably fall into the 95% of people who get their vehicles remapped for the dopamine boost. Miles and smiles. So, unless you're driving responsibly, it's unlikely that you'll see a great deal of difference on your everyday commute.

Generally, it's up to you to drive economically, rather than the engine itself making more efficient use of it's own resources.

So, what does the Unichip do differently?

So far, we've learnt that remaps don't change the way you drive. I highly doubt it's on your agenda to get 30MPG from your newly-remapped BMW M3 anyway.

There are similarities between Unichip's method & competitor products though; yes, we give you more engine response lower down the rev range and IF you went into 'sunday driver' mode, you'll see a difference. You'll get to cruising speed easier, and running higher boost pressures will ultimately also create better full economy.

Underneath your right foot, magic is happening. Our economy map literally makes you drive economically.

Unique to Unichip, we manipulate the one thing that makes you an economical driver; your on/off throttle input. The economy map reduces all of your sudden peddle movements & aggressive driving; thereby eliminating the need for the operator to drive more efficiently.

To spare you the technical details, once you've switched to the Unichip's economy map, your car's throttle response is dulled. In the case of your Unichip being fitted by one of our qualified technicians, you'll likely get the opportunity to customise throttle response to your own needs. Plug & Play Harness Kits will come with a pre-programmed eco map. But that's not to say you can't pop into your local Unichip dealer and have it re-programmed...

Not bad, eh? And we haven't started talking about the other 4 settings yet...

I WANT A UNICHIP NOW.